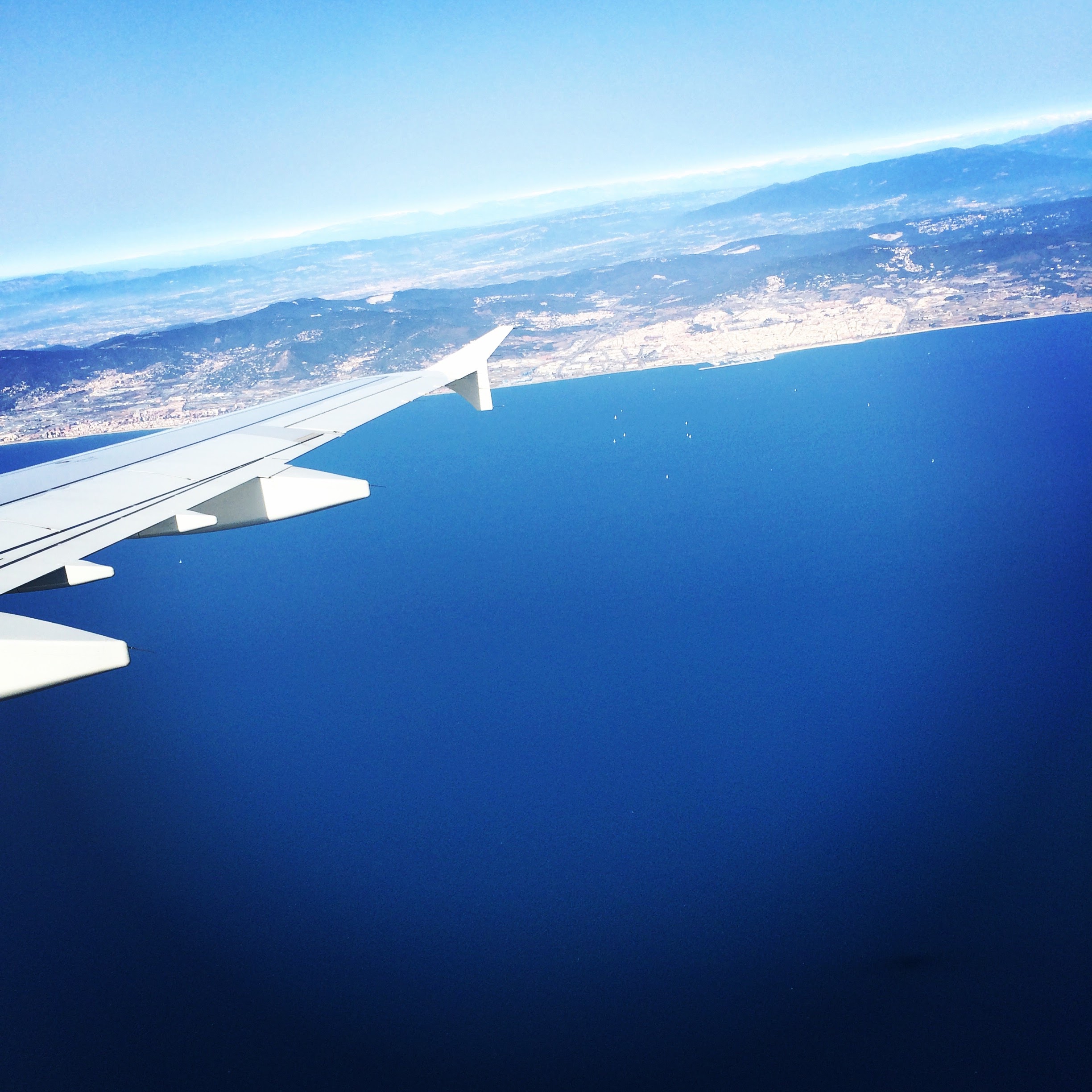 Kishau Rogers
1,051 views
5 min read
“Small changes can produce big results–but the areas of highest leverage are often the least obvious.”
There is a system thinking principle that states that small changes can produce big results, however, these changes are often the least obvious. These small, impactful changes are commonly referred to as the areas of highest leverage. Always look for opportunities to make a small change that will produce a big result. Win-win.

Recently, while traveling, I experienced a bit of chaos navigating a certain airport’s security area (*cough Atlanta *). In defense of the airport, I’ve traveled through this airport many times without incident; however, this evening was different. There was an element of chaos in the air. Lines were long, many of the staff were running around frantically, visible annoyed and impatient with passengers. The passengers, many having connecting flights, were also impatient with the process. It’s an understatement to state that tensions were high (in the midst of the chaos, there were actual arguments between passengers regarding who should and should not be able to break into the front of the line to catch a connecting flight).

Given that I prefer to use my brains, not my hands, I used my hours waiting in the security queue to analyze the problem and to see if I could determine the point of highest leverage; because that’s what systems thinkers do. This analysis process is fun, however not having the influence to enforce change is not.

Modeling the airport security’s default flow was straightforward, most US airports follow a very similar workflow. Given, that the procedures are common and not new, why was there so much chaos on this particular evening? I’d ruled out obvious outliers: uncommon flight delays leading to an unexpected number of passenger arrivals, broken resources (machines down), airport construction (limited space). I could not rule out things like break down in staffing resource (people leaving early, calling out sick, etc.).

I observed the following:

Here we’ve identified a few reinforcing feedback loops.  Reinforcing feedback loops (+) causes growth or decline; it indicates when both factors increase or decrease at the same time. For example, as the number of passengers in TSA increases, the number of items to be processed will increase.  Also, as exceptions increase, the need for more staffing to deal with the exceptions will increase. In identifying leverage points, we should focus on the areas that we can control (more easily).

The are two opportunities to make small changes here:

Next: We’ll use Insight Maker to handle inputs for the variables that impact the system’s functioning such as passenger arrivals, machines available, etc. 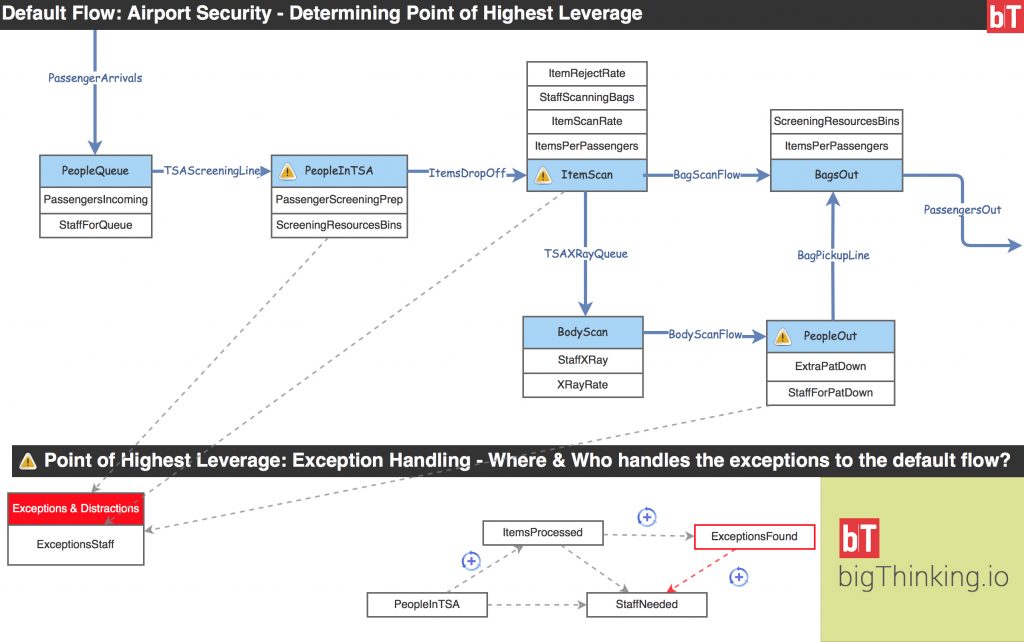 Kishau Rogers is an award-winning technology entrepreneur specializing in wrangling complexity using computer science, systems thinking, creativity, and common sense. She is the Founder & CEO of Time Study, Inc., a high-growth startup offering solutions for using machine learning, advanced natural language processing, and data science to automatically tell a story of how enterprise employees spend their time and its impact on the areas that matter. As the Founder and CEO of Time Study, Kishau is one of the first Black women in Virginia to raise millions in venture capital to scale her tech startup. She is also the owner of Websmith Studio and the editor of the bigThinking project, a resource for promoting the principles of systems thinking.

Kishau’s work is featured in Forbes, The Wall Street Journal, Entrepreneur, and Black Enterprise. In addition, she is a recipient of many awards, including the VCU Distinguished Alumni (in Computer Science), NAWBO Wells Fargo STEM award, the Lyn McDermid Community Impact Award, and the MBL Entrepreneur of the Year Award.

In her commitment to using technology as a tool for social good, she also serves as an advisor to organizations and initiatives like AI for Afrika, Think Of Us, WAAW Foundation, Level Up Ventures, Virginia Commonwealth University Department of Computer Science, the first U.S. White House Hackathon for Foster Care and SheHacks Africa, a software engineering intensive providing training to women & girls across Africa.

She holds a Computer Science degree and has over twenty-five years of experience in the technology industry and more than 15 years of entrepreneurial leadership.

Principles (Concepts & Laws) Systems thinking is a discipline used to understand systems to provide a desired effect; the system for thinking about systems. It provides methods for “seeing wholes and a framework for...

Systems Thinking is the process of understanding how things, regarded as systems, influence one another within a whole; it is essentially the system of thinking about systems. Integrating innovation and systems thinking...

What is Systems Thinking?

“Vision without systems thinking, ends up painting lovely pictures of the future with no deep understanding of the forces that must be mastered to move from here to there.” ~Peter M. Senge, Sloan School of Management...

Don't be shy, get in touch. We love meeting interesting people and making new friends.