We place a lot of stock in the fact that a computer can perform tasks similar to humans. But in doing that, we also diminish the power of the human imagination. As a result, we often focus on improving and scaling our output instead of enhancing our ability to generate better ideas.

On Marvin Minsky & the Limits of Machines

In the field of artificial intelligence, there’s often this tension between innovation and its impact on humanity, evoking excitement and fear, including fears around loss of job security, privacy, human safety, freedom. The good news is that, at best, we’ve reached the Artificial Narrow Intelligence phase, producing AI that can specialize in one area (for example, an AI system that can win a chess game or drive a car but can not make a medical diagnosis). The next phase would be Artificial General Intelligence, an AI that can perform any intellectual tasks as well as a human can and can accumulate knowledge and solve different kinds of problems. Finally, AI Super Intelligence would result in an AI with intellect that exceeds the best human brains in every field, including scientific creativity, general wisdom, and social skills.

Marvin Minsky is considered one of the fathers of Artificial Intelligence, along with other presenters attending Dartmouth Summer Research Conference on Artificial Intelligence in 1956. He stated that their goal was to build something that can do everything we [humans] can do, intending to empower machines to help us [humans] to become more intelligent faster. For example, imagine a world where humans could spend minutes, instead of years, to become good at something.

Many people think of computer science as the science of what computers do, but I think of it quite differently: Computer Science is a new way, to describe and think about complicated systems and with that comes a huge library of new ideas.

Minsky has often spoken about the limitations of computers & neural networks in exploring & imagining other thoughts. Building a single machine that can broadly mimic human intellect is complicated. How does a machine discover new tools in the suite of tools initially provided to solve problems? Does it understand what it knows? Does it know what it doesn’t know? Can it apply & evolve knowledge into new concepts?

On Rap, Imagination & Other Forms of Intelligence

For example, I recently read about Capitol Records signing FN Meka, the first AI rap artist. This $10 million dollar record deal was short-lived for many reasons, including the apparent problem of training AI to learn to rap using a dataset of modern lyrics. With an assumed intention of scaling the label’s ability to generate hit rap records, the label’s efforts to hire an AI resulted in an offensive attempt to capitalize on art that often requires a specific level of cultural intelligence & storytelling to be appreciated; all while ignoring the systems that artists must navigate even to make a hit record. This record deal was over in one week.

Can a machine rap as good as Jay-Z? Is that important?

The current process for training a machine to make hit rap music ignores all other intelligence required to develop a musical hit and diminishes the lived experiences, storytelling, and other skills that make good songs great. For example, it is widely known that Jay-Z rarely writes down his lyrics before recording. My theory is that his life experience and imagination allow him to experience a story in his head in detail that is as vivid as words on paper. Also, perhaps, connecting to rhythms is the key to unlocking his imagination. So his performance in the recording booth is just an outcome of having many capabilities, including a particular set of lived experiences or inspirations, a vivid imagination, lyrical skill, and enough cultural intelligence to tell a story that people believe. I don’t know if you can train a single computer to do that well, much less to also play chess, diagnose a medical condition and do all other things quickly and satisfactorily. Also, why is it important to build a single machine that can exceed human capability in every field?

On the Future of Super Intelligence

I’m not convinced of the benefit of engineering AI Super Intelligence; however, there are benefits to navigating the process humans must take to build a genuinely super-intelligent machine. It would be challenging to reach this level safely without a more profound understanding of our intelligence. And it certainly could not be done safely without other forms of intelligence: emotional, spiritual, interpersonal, environmental, etc. Intelligence comes in many forms.

Computers remain dependent on humans to be able to imagine & architect what the computer should & can do. And perhaps we’re not building machines to be able to do anything beyond specialized intelligence because we don’t yet have reverence for the power of imagination and all that is required to discover and execute better ideas.

The Mindset for Innovation : Everything is an Experiment

Have an expectation for learning when prototyping new ideas. You will improve your chances of nailing your value proposition, reducing your development costs and eliminating frustration due to unrealistic expectations.
byKishau Rogers 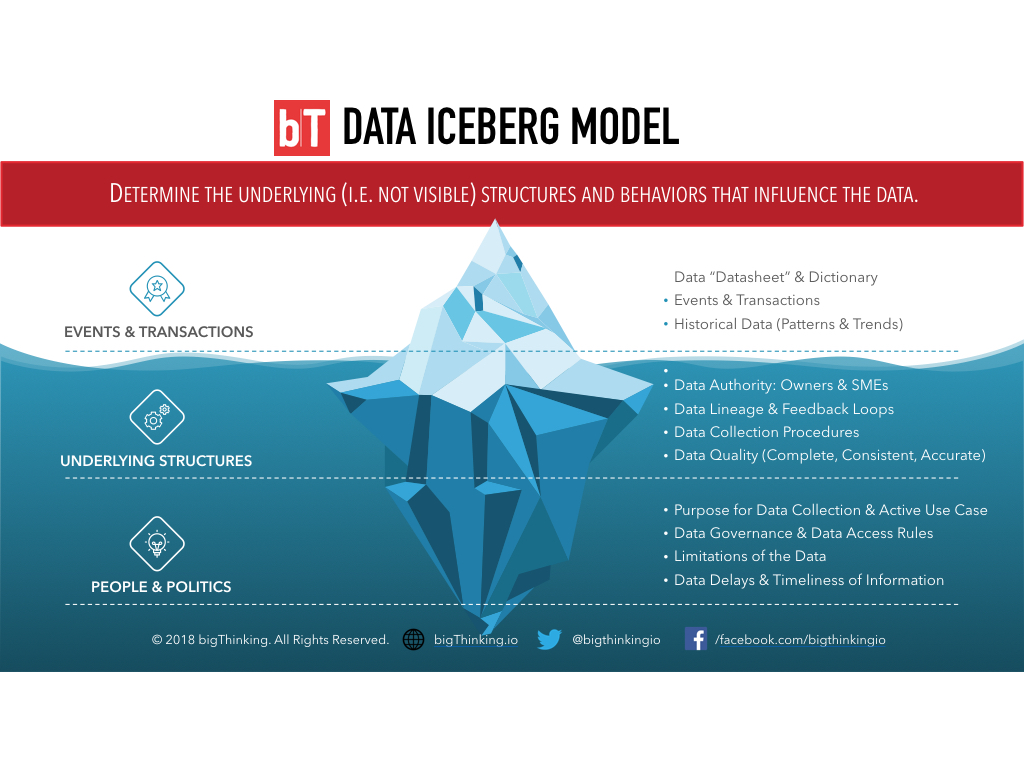 One of the pitfalls to developing production-ready machine learning solutions is the failure to identify the appropriate data assets. In evaluating the data assets to be used for your project, use the Data Iceberg Model approach to determine the underlying (i.e. not visible) structures that triggered the creation of the dataset. The following Data Iceberg Model can be used to evaluate the quality & limitations of the data used to train your machine learning models.
byKishau Rogers 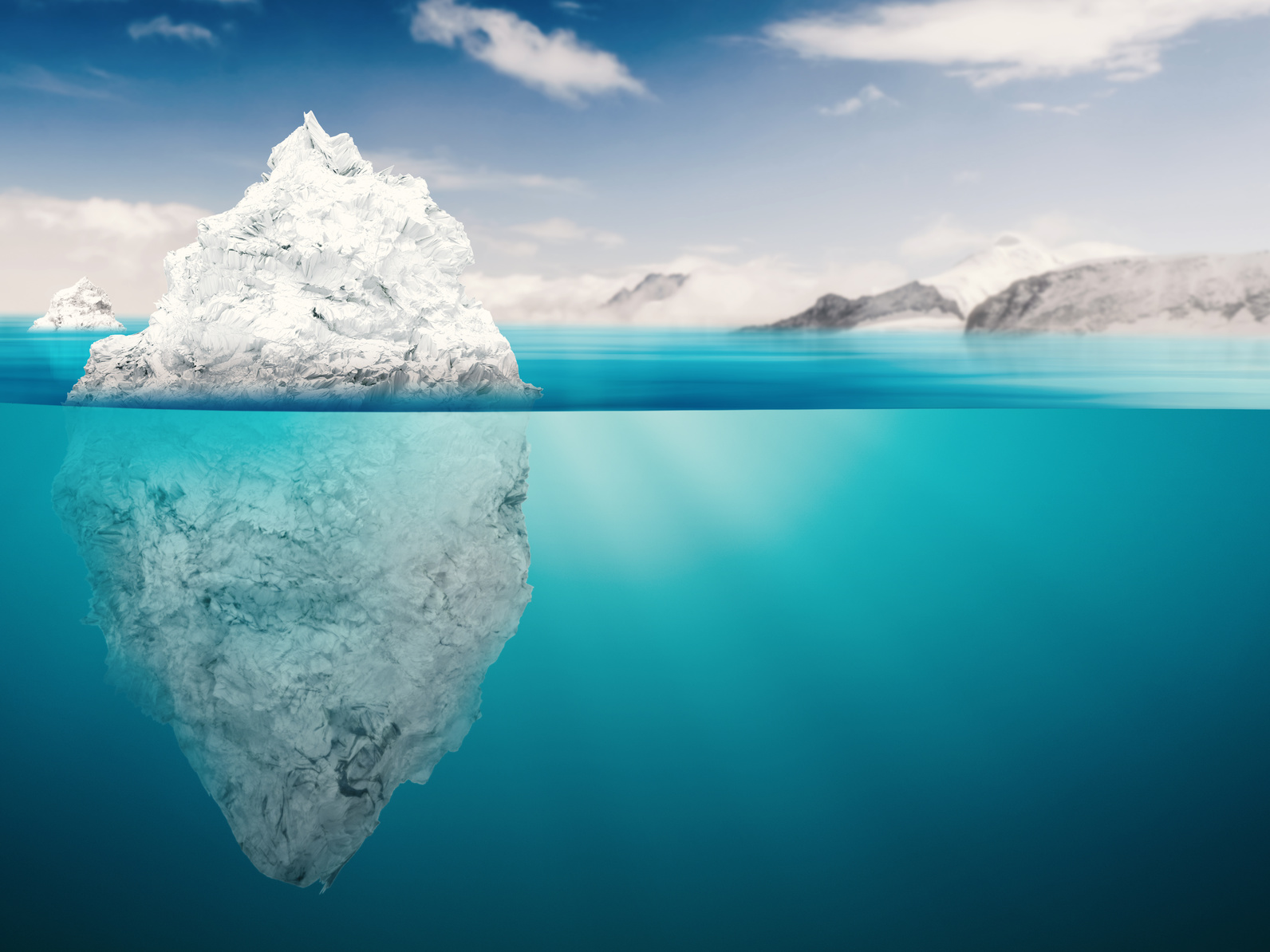 The iceberg model is a systems thinking tool that can be used to uncover the patterns, structures, and mental models that trigger problematic events.
byKishau Rogers

Do Hard Things : Creating a new path of least resistance

Structural tension can help you discover how to create advancing patterns and to sustain advancement. This concept is applicable whether you're building a business or building a life.
byKishau Rogers